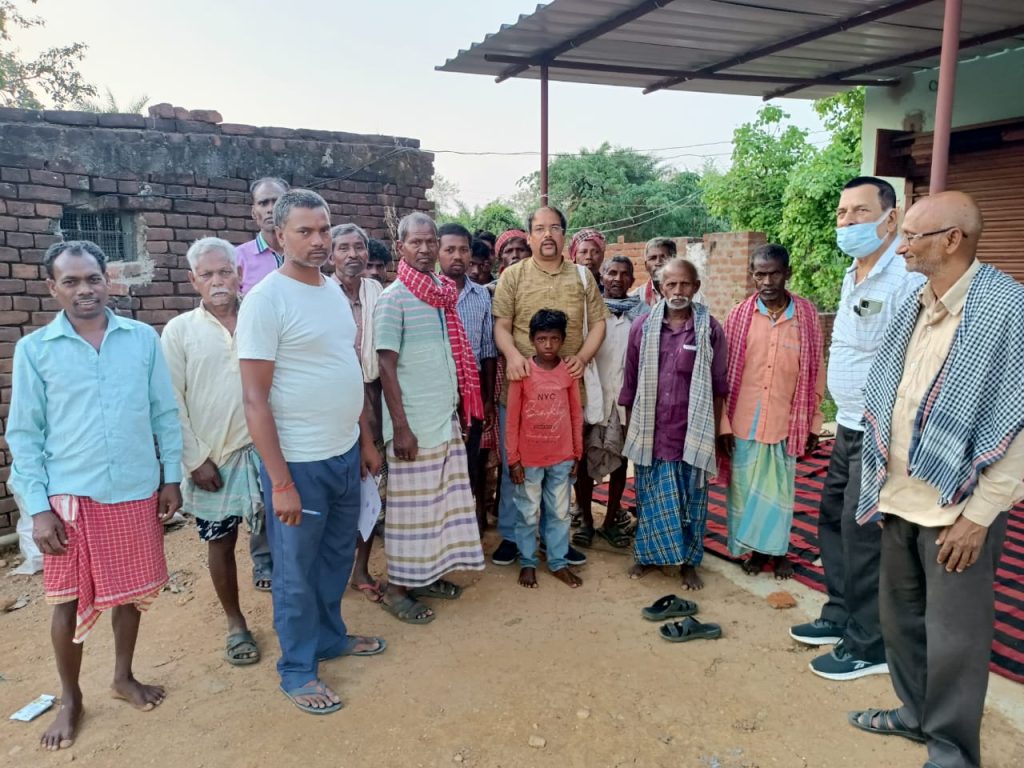 An informal meeting was organized with the Pujhar community of Dhanphari Village under Mathurapur Block of Deoghar district in Jharkhand on 23rd April 2022. Around 30 people from this community participated in the meeting. They originally belong to the Khaira Paharia primitive tribe which is mentioned in the land record. They have descended from Rajmahal hills and made habitation at the foothill area. Their living conditions and social behavior are alike to PVTGs. They have raised two important issues, first lack of safe drinking water.  They claimed that among the 40-45 households only two hand pumps are there. They are largely dependent on Joria, a thin source of water coming from the hills, to fetch the water and second they are almost similar to primitive tribes in living condition and social behavior but are not considered as Particularly Vulnerable Tribes in the state which deny them to get the benefits of special schemes designed for the PVTGs of the region.